If you missed it, you can rewatch it here!

Read the new article by La Stampa on the Luca d’Agliano Lecture!

Abstract: In this lecture, I will evaluate the extent to which the world economy has entered a phase of de-globalisation, and I will offer some speculative thoughts on the future of global value chains. Although the growth of international trade flows relative to that of GDP has slowed down since the Great Recession, I have found little systematic evidence indicating that the world economy has already entered an era of de-globalisation. Instead, the observed slowdown in globalization is a natural sequel to the unsustainable increase in globalization experienced in the late 1980s, 1990s and early 2000s. I will offer a description of the mechanisms leading to that earlier expansionary phase, together with a discussion of why these forces might have run out of steam, and of the extent to which they may be reversible. I will conclude that the main challenge for the future of globalisation is institutional and political in nature rather than technological, although new technologies might aggravate the trends in inequality that have created the current political backlash against globalisation. Zooming in on current events, I will similarly conclude that the future of globalisation may be darker if geopolitical tensions continue to rise, especially in light of the recent Russian invasion of Ukraine.

Bio: Pol Antràs is Robert G. Ory Professor of Economics at Harvard University, where he has taught since 2003. He is also a Research Associate at the National Bureau of Economic Research (NBER), where he served as Director of the International Trade and Organization (ITO) Working Group. He is also a Research Affiliate at the Centre for Economic Policy Research (CEPR) and is a member of CESifo’s Research Network.
Since 2015, he has served as Editor of the Quarterly Journal of Economics, having previously been on the editorial board of the American Economic Review, the Review of Economic Studies, the Journal of International Economics, and the Annual Review of Economics, among other journals. Among other distinctions, he was awarded an Alfred P. Sloan Research Fellowship in 2007 and the Fundación Banco Herrero Prize in 2009, and he was elected Fellow of the Econometric Society in 2015.
Antràs’ teaching and research fields are international economics and applied theory. His most recent work is focused on the analysis of global value chains and on the interplay between trade, inequality and costly redistribution.
A citizen of Spain, Antràs received his BA and MSc in Economics from Universitat Pompeu Fabra in Barcelona, and his PhD in Economics from the Massachusetts Institute of Technology in 2003. 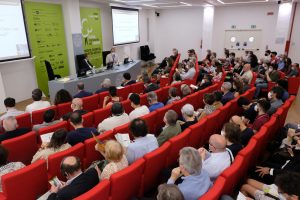 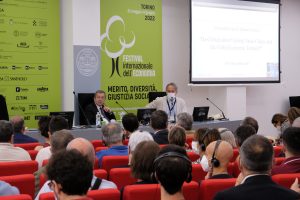